Bulky, heavy duty trucks. That is most likely the picture that comes to mind when you think of a heavy hauling tow truck. Though this is what they are today, the tow truck did not start out as a huge piece of moving machinery.The tow truck actually has a more luxurious history than you would think. When it was first invented, the tow truck was manufactured using a 1913 Cadillac. The car that is now seen as an extravagant vehicle was once used as the first tow truck.

The Grandfather of Towing

On what would become a historic day in 1916, a man lost control of his vehicle and ended up driving it into a creek. Another man by the name of Ernest Holmes Sr. heard of the accident and went to the scene to offer his assistance. At the end of an eight-hour ordeal, ten men were finally able to pull the wrecked car from the creek. It was after this day that Holmes decided there must be an easier way to do this, a way in which manual labor was virtual eliminated.

An Alternative to Manual Labor

With help from his friends, L.C. Decker and Elmar Gross, Ernest Homes designed the first prototype for the tow truck. His initial design included a crane and pulley system that was used to lift the vehicle and secure it in place while it was towed to a nearby mechanic. Unfortunately, the original design failed.

This setback worried his critics more than it discouraged Holmes, who went back to the drawing board. This time, his design included a pair of outriggers which were used to stabilize the vehicle. This allowed for the Cadillac to handle the heavy lifting of another vehicle. In 1917, Holmes acquired a patent for his design and started his brand. His wreckers were mounted to the back of used cars. His first successful production model was the Holmes 485, which was priced at $485.

Heavy Hauling For Our Country

Though he still prospered during the great depression, Holmes saw a shortage of raw materials when WWII began. This was a hindrance for the manufacturing of his tow trucks as some materials and parts were off limits due to their need in war efforts.

However, Holmes found a way around this as well. He was able to acquire a government contract. Under this contract, his company manufactured recovery vehicles and bomb-loaders for the U.S.

Unfortunately, Holmes did not get to see the progression of his company past the war as he died from a heart attack in 1945. The company remained in his family until 1973 when it was sold to the Dover Corporation for $64 million. 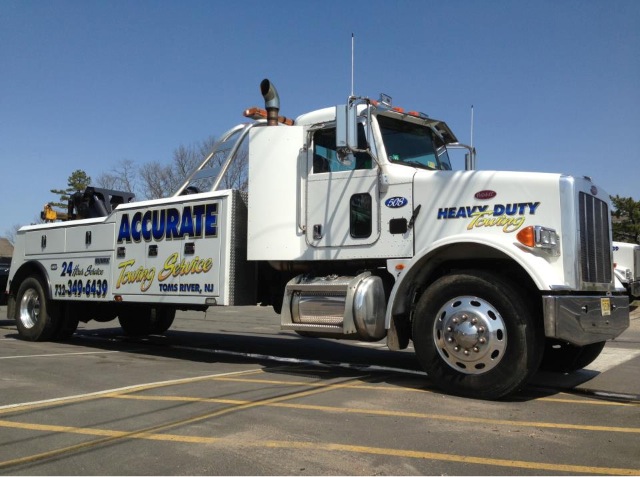 Enhanced Towing Technology Over The Years

Since 1916, improvements and upgrades have been made to the towing industry. The biggest changes have come from the different types of tow truck designs and the functions each of them has. Each type of tow truck is designed for a specific reason.

Much like Holmes’s original design, the sling or belt lift wrecker uses a boom and winch system to recover a vehicle from a ditch, embankment, or body of water. In the past, this type of tow truck was used with chains and hooks that were looped around the frame or axle of a vehicle, and a tow bar with heavy rubberized mats was placed under the bumper of the car for support. The chains and hooks were then replaced by slings and belt lifts. This type of tow truck is becoming obsolete because it is usually only used after accidents since the tow bar has a tendency to scratch or damage the bumper of a car. Also, it is impossible to use with a vehicle that has all-wheel drive.

Also known as the spectacle lift, due to its resemblance to a pair of spectacles, this design lifts a car by only touching its wheels. The two square frames are hooked onto the drive tires of the vehicle. A car with front-wheel drive will be lifted by the front wheels and a car with rear-wheel drive will be lifted by the rear wheels. Adapters can be installed for the purpose of lifting the chassis of heavy duty vehicles.

Also referred to as the self-loader, snatcher, quick pick, and repo truck. This design incorporated the functions of both a boom and wheel lift. It can be used for light or heavy duty vehicles. The purpose of this heavy hauler is to be able to quickly repossess or move illegally parked vehicles. Controls in the cab of the truck allow for the operator to execute a heavy hauling job without exiting his truck to hook up to the vehicle that must be towed.

When you have a car that is completely immobilized after a car accident, the flatbed is the tow truck you need. This heavy hauler has a flat platform that is lifted with hydraulics and brought horizontally down even to ground level. This easily allows for a car to be rolled on or pulled on by a winch. The vehicle is then locked in place and the platform is lifted back onto the truck. This is the type of tow truck that will assist you if you have been involved in an accident or if you have four-wheel drive.

This design is a cross between the boom, wheel-lift, and flatbed two trucks. A boom with a full wheel-lift frame is used to lift a car vertically and place it on the flatbed. Mostly used in Europe, this design allows for an easy lift of cars that are parallel parked. Here in the U.S., this has become a mandate for forensic recovery. This method allows for vehicles to be towed without contaminating evidence. 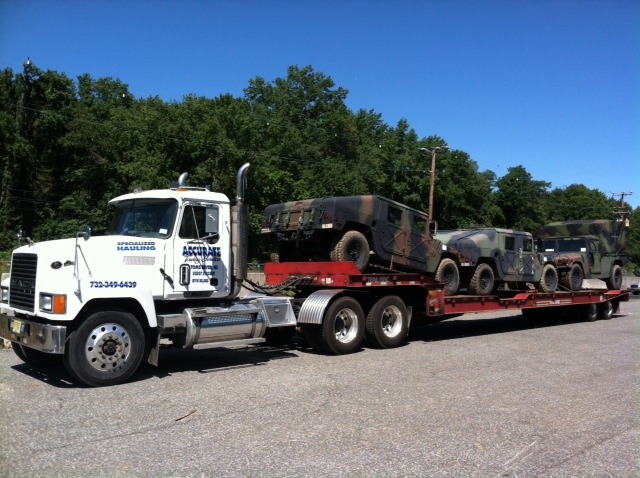 Heavy Hauling: You Never Know When You Might Need It

Tow truck operators and companies as a whole do not get the credit that they deserve. They are the guardian angels of our roads. No one is ever expecting to be in a car accident or to have their car break down in the middle of the road. But when it does happen, Accurate Towing Services will be there to assist you. Our certified and experienced drivers will handle your vehicle as if it were their own. We offer a variety of services, including heavy hauling and road-side assistance. Contact us today for all of your towing needs.

Serving All of New Jersey